Having schizophrenia was, for a time, a bit like being asleep while being awake.

I felt that there were essential parts of myself that remained dormant. I had a lot of untapped potential. Some people may not have believed this, that I was full of latent capabilities– to believe that might have been to force or coerce me to use them. Others believed this all along, and, unfortunately, I was unprepared for some time to take stock in what they suggested.

There is a lot of precedence for the idea of being asleep while remaining alive. “Rip Van Winkle” was said to have taken a 100 year nap– coming into awareness a full century later, in a new time and under new circumstances. 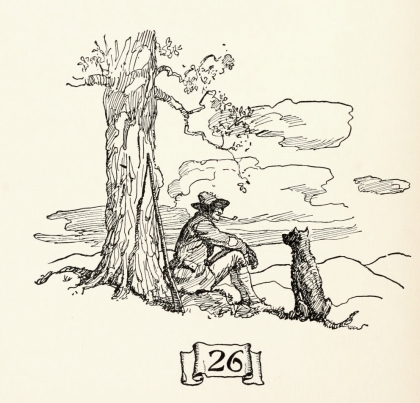 Tolkien’s “King Theoden”, one of the human rulers of mythic Middle Earth, lay prone under a dark spell of sleep for a long period of time, until fate and necessity made it necessary for him to awaken.

Cinderella, too, to mention a female character, fell into a drowsy paralysis, having been duped into consuming a poison. Only the embrace of the right man could pull her from her sleep. (Traditional, for sure– but similar in essence to the other examples).

These, obviously, are fictional cases, and are not literally true. They may be, then, all the more appropriate, concerning what I am suggesting is part of the schizophrenic experience– a state of mind (or states of mind) where feelings are muted or submerged, where the affect is flattened. The libido is muted, or ignored. The mind falls asleep, lacking thought or consideration (perhaps to be visited on sporadic occasion with racing or paranoid thoughts).

Life can be hard, and it often requires a good deal of effort and concentration to make it work. A person can’t win a battle or meet their significant other while half-asleep.

The tragedy of schizophrenia, then, contains it’s hope, as well- the patient has passed from consciousness, from a healthy awareness, into a sort of sleep– but– may it be that they might awaken, at some point, and return, at least to some degree, to health?

Sole member of Mystified and Mister Vapor. View all posts by mystified13

Those curious can find more about Thomas Park at his main artistic hub: Benchmark: Hub